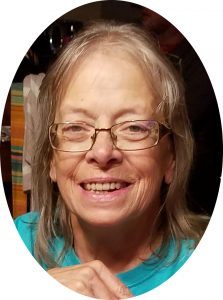 Alice Daisy (Poile) Durham, 66, passed away peacefully surrounded by her family on April 7, 2017, after a courageous battle with cancer.

A Memorial Service will be held in her honor, at the Pierre American Legion, 1PM, on Saturday, April 22, 2017.

Alice was the second child, born of Walter Poile, Sr. and Cleo (Burger) Poile. She was born December 12, 1950, in Gettysburg, SD, at the home of her paternal Grandparents. Alice moved with her family to Pierre, SD, at the age of 2 and made it her home for most of her life. She married Henry (Tuck) Durham in 1969, and the couple had three daughters. Later, Alice had a 4th daughter on her own. She worked at several different restaurants and lounges in Pierre and was a loyal and hard worker and loved managing businesses. Alice treated her employees as friends; many of Alice’s lifelong friends were also coworkers.

Alice was an amazing woman cherished and loved by many family members, coworkers and friends. She will always be remembered for her infectious laugh, big beautiful smile, her loving and giving nature and her ability, even at 4’10”, to command attention and be in charge. She loved crossword puzzles, to read books and watch TV series’ like CSI, but her first and greatest love was for each and every one of her family members.

Alice was preceded in death by her father, Walter Poile, Sr.; and sisters-in-law, Pamela Poile and Jane Poile.

In lieu of flowers the family requests donations to help others who are also battling with cancer and will be named at the Memorial Service.