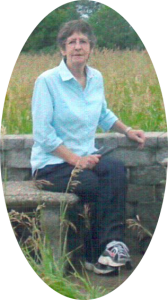 Memorial Services will be held at 11am, Saturday, January 10, 2015 at The Point is to Serve Church at 506 N. Kiwanis Ave., Sioux Falls, with Pastor Allen Kjesbo officiating.

Judy Ellen Alexander was born June 18, 1943, to Buster and Lola (Zugschwerdt) Alexander. She was raised and attended school in Elrod SD and finished at Clark SD. Judy was married and had four children. Judy settled in the Watertown/Clark area where she lived and worked for many years. Judy moved to Sioux Falls in the late 80’s.

Judy always worked hard and provided for her family. Judy took pride in having a very high standard in her work ethic. Judy’s example lives on her in children’s values. Judy liked a challenge. She was willing learn different things no matter if it was for fun or out of necessity from crafts to auto mechanic.

Judy was preceded in death by her parents, Buster and Lola Alexander and Judy’s sister, Jeanice Rassmusson.