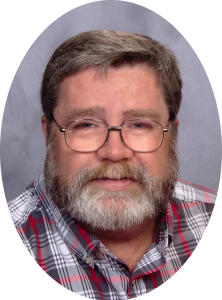 Michael Thomas Cohoon was born September 3, 1959, in San Antonio, TX, to Robert and Sherrille (Schaller) Cohoon. Michael lived in various places due to his parents’ military background. At other times, Michael lived with his grandparents in Bloomfield, NE. He graduated from Bloomfield High School and eventually Michael joined the US Army as a Military Police Officer. Prior to traveling the world, Michael had a son, Tony. Michael eventually met and married Karen Johnson through the military. They resided in Huntsville, amongst other places, before they both discharged. Karen relocated to Michigan with their kids, Amy and Cory. Soon after, Michael began driving over the road as a truck driver and met up again with them. They then returned to Bloomfield for a few years and then on to South Dakota. Michael was an Owner/Operator for Olander Trucking Company.

Michael loved his family deeply. He especially enjoyed time with his grandchildren, gaming on the computer, watching Nascar racing, drawing, or cooking and drinking coffee. In early years, Michael loved to bowl also.

Michael was preceded in death by his mother, and one sister, Sherry.