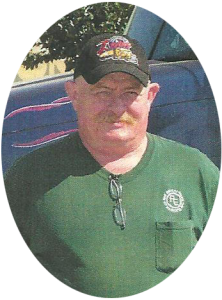 Memorial services will be Saturday, June 28, 2014, at 3:00pm at Heartland Funeral Home with Pastor Lee Green officiating. Inurnment will be in Langdon, ND, at a later date. Robert will be put to rest near his brother Frankie and his parents in Langdon. He will be greatly missed by his family and friends.

Robert was born on March 16, 1953 in Rapid City, South Dakota to Frank and Evelyn Waslaski. He was raised with his siblings Richard, the late Frank Jr. who died in 2000, and his sisters Mary and Elizabeth. Robert attended Billings West high school. He married Bonnie Orr in 1971. In 1982, his son Colby Hartje was born to Deb Hartje in Cavalier, ND. He married Bonnie Fratzke on January 19, 1993. To their union was born Lindsey and Travis. Robert adored children and he said “The day that each of my babies were born, were the best days of my life.”

Robert was employed with Fortune Transportation out of Windom, MN. He loved being an over-the-road truck driver and seeing the country. He had driven in every single state except for AK and HI. Prior to getting his CDL, Robert worked in the printing industry. He was a member of the Local 49 Union of Operating Engineers. He enjoyed motorcycles, country music, time spent with family (especially his children and grandchildren), barbeques and movies with friends, and speaking like Donald Duck. He often tried to entertain young children with his Donald Duck voice – even sometimes kids he didn’t know. Children were drawn to him and he loved nothing more than making a child giggle.

There were difficult times in Robert’s life where his struggles created distance between him and his family members. He strived during the last several years to correct that distance, and his oldest son Colby said it best when he stated, “He wasn’t perfect. He made mistakes. But most important of all was that he loved my family and I.  I am forever grateful for the time we got to spend together. I’m gonna miss you Dad! RIP.”

Robert was preceded in death by his parents, Frank and Evelyn Waslaski, one brother Frank Waslaski, Jr., and grandparents Stanley and Katherine Waslaski and Earl and Lucy McGauvran.